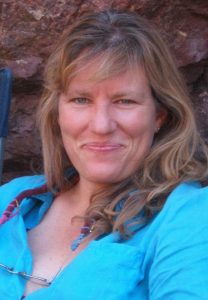 Born in Hawaii and raised in Montana, Maile worked for 20 years in California as newspaper reporter, news editor, broadcast journalist, freelance writer, mom, photographer, and farmer.? In 2010 her husband’s career meant a move to the Washington D.C. area. For the better part of the subsequent decade Maile commuted to California from a home in Virginia to take care of family orchards and vineyards. “Although I love the D.C. music and theatre scene–and my amazing cosmopolitan friends there– I also find a form of bliss in the solace of the northern California forests,” she explains. When on the west coast she misses rowing with the Oakton Masters Crew Team; when she’s in the east she misses the clean air and free spirits of the west.

Although her recent return to school near DC (George Mason University) led to a Masters of Fine Arts in creative nonfiction, Maile considers her greatest achievements her two sons: the self-created musical wonder that is her son,?Seth Crail, a music student at the University of Miami; and Chauncey Crail, a 2017 graduate of Colorado College’s film and media studies program (whose soon-to-be released full-length feature film can be discovered at julyrising.com.)

Maile’s greatest passion is wilderness. Her first trip down the Colorado River through the Grand Canyon in 2003 led to a half dozen subsequent trips, all on private permits. Maile?is working on a hybrid book about whitewater rafting in the Grand Canyon, part guidebook, part story. Working title: Meander.